Far too cold!
Iceland promotion ‘a disaster’
Questions are being asked about the wisdom of a mas­sive advertising promotion launched by the Depart­ment of Tourism to attract visitors from Iceland.
Twittern 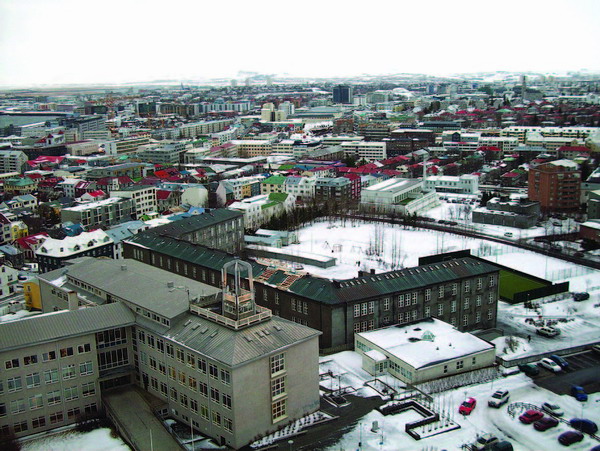 Iceland’s capital Reykjavík
07.11.2009 - The row followed the send­ing of one hundred Canarian ‘Ambassadors’ on a costly one-week trip to Iceland to sell the Canaries as a destination to beat the winter blues.  Par­ticipants admitted some of the events prepared to showcase the Canaries were ill-planned and attracted little interest. One unnamed ambassador was quoted in a Canarian daily as saying that “there is no-one on the streets to see us do our thing, it is far too cold. This is disastrous”.

The tourism authorities hope that the presence of the cheerful Canarians, dressed in bright orange t-shirts throughout their stay, will have a multiplier effect and persuade many Icelanders to book holidays here. It is believed some early takers will be given free trips as ‘pathfinders’ to encourage other compatriots to follow suit.  However, with a popula­tion of just 300,000 (slightly more than Santa Cruz and much smaller than Las Pal­mas) and an economy in the doldrums after the collapse of several banks, experts query the choice of country to pioneer the ambassador programme, which is costing the Canarian government seven million euros.