The people who make a difference in the Canary Islands

Getting to know you – first interview
New British Consul
The new British Consul to Malaga and the Canaries paid a fleeting visit to the islands this week to familiarise herself with the work of the consular offices and establish contact with prominent members of the expat community. 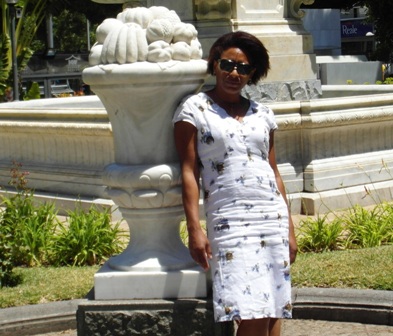 As reported here, Charmaine Arbouin’s appointment as the successor to the short-lived Steve Jones was announced on June 24.  A month into her new role, the 49-year-old mother of three teenagers admits she is still finding her feet, particularly as regards the Canaries, but is gradually getting to grips with being the woman responsible for British interests in two regions that together receive 8.5 million British holidaymakers every year and have a combined resident ex-pat population of almost 450,000, of whom around 85,000 live in the islands.  She took time out of her tight schedule to share with Island Connections her first impressions as the new boss of two of the busiest regional Consulates in the world and also to talk about her family and professional background.


Island Connections (IC): You are a total newcomer to the diplomatic world so an obvious starting point is to ask why you applied for the job as British Consul.

Charmaine Arbouin (CA): My background is in local government and performance improvement, and when I saw the job description my first thoughts were, “this is exactly what I am interested in”.  It is a post that draws on many of the skills I was already using in my previous life.  Moreover, I had been living in for eight years, my children were brought up here mostly and, as an expat myself, I had valuable experience of the administrative issues of the kind many Britons encounter here.  I don’t see it as a job that only has ‘bad bits’ in the sense that you tend to deal mostly with people in distress and/or difficulty.  I personally find it very rewarding to be in a position to be able to help.  In addition to the direct case-work side, there is the strategic side also, in that I have to look at ways of improving what we deliver as a service to tourists and expats.


IC: Speaking of improving things, after several weeks in post, have you already identified areas where change might be needed in the way the Consulates in Tenerife and Las Palmas operate?

CA: It is much too early to say.  My first impression is that our services are not overstaffed and that we have very good relations with the local Spanish authorities and the British community.  I will be talking to my two Vice Consuls and with my bosses in the coming weeks to see if there are things that need reviewing.  However, quantitative and qualitative evidence is needed for change.  In consular services one has to look at the overall picture, at ways of doing things with greater efficiency.  A lot of the physical presence is no longer required these days.  Thanks to the work done by the new Contact Centre in processing enquiries, fewer people actually need to attend the Consulate in person.  We also have a customer service analyst for the southern region who will help analyse needs and assess the information available.  When we have had more feedback, we will act on that information.  In any case, one decision already taken back in November was to increase the opening hours for the Tenerife Consulate.


IC: You will be aware that the decision to base the Consul for the Canaries a thousand miles away in caused controversy back in November and this has since been compounded by the fact that the head of the combined post left after just five months.  It was hardly a great advertisement for the ‘new and more efficient’ system.

CA: I am aware there have been issues in the past.  Let me stress that the decision to no longer have a Consul permanently resident in the Canaries was not taken in isolation.  It was part of the changes implemented in the overall network.  As a public service, the network necessarily has to look at ways of using resources more efficiently and more economically.  One effect of this global approach is that Consuls have disappeared, so to speak.  If I recall correctly, of 11 British Consuls in southern there are now six.  The network has been looking at what its people should be doing and how best to use them.  The role of a Consul has changed also and a lot of the public profile work is now covered by the vice-consuls.  In addition to being Consul for and the Canaries, I am the Consular Regional Operations Manager (CROM), working in a more strategic capacity.  Although there is no longer a resident consul in the Canaries, the post itself still exists.  The difference now is that additional front-line support has been put in place, more direct support where it is needed.


IC: You studied languages at university. Did you ever think that your Spanish degree would lead to such an official role?

CA: I was at university at a time (the early 1980s) when you could study what you liked and were interested in, not necessarily what would help your career, so no, I probably did not think so.  However, this is by no means the first time I have used my Spanish for work.  I was Desk Officer for Latin America and the at Oxfam, a job which gave me many opportunities to use the language.  And of course I have used it on a daily basis during my eight years in .


IC: Why the decision to move to ?

CA: Both my husband - an overseas development consultant - and I had perfectly good jobs in Warwickshire but we wanted a better quality of life.  Our children, now aged 15, 13 and 12, were young at the time so we thought “why not”?   was an option, as we both knew Spanish.  Andalusia was particularly attractive because of the way of life and we would still be reasonably close to .


IC: Is there anything from your past work that you are particularly proud of in terms of what you have achieved?

CA: I think the thing that has given me most pride was something achieved at Nottinghamshire County Council.  This goes way back, long before I became a consultant.  We were among the first to set up One-Stop Shops and I recall I was the service head for setting up three of these in .  It was a time when, regrettably, many public servants could give the impression that customers were people who came in and more or less ‘messed up their day’.  My message then and now is that we are here to do a job and to configure services not for ourselves but for the public.  We eventually managed to persuade staff that they were not working in isolated compartments.  By cutting across local government departments, and even physical boundaries, we could offer a better and (I know the term sounds a bit of cliché!) ‘joined up’ service.


IC: After you leave your consular role, how would you like to be remembered?

CA: I’m not planning on leaving yet!  I am not long in the job (which I consider an early 50th birthday present for August!) and as a family we are certainly not thinking of another big move, thank you.  I would love it if, as a result of my time in post, customers received a better service.  I don’t intend to focus purely on the ‘strategic stuff’ because you can get divorced from reality.  I hope to work at the operational level too, getting out and onto the actual desks to see and hear people, deal with their problems.


IC: In addition to your ‘devotion’ to improving service levels, in the past you have devoted your efforts to other causes, not necessarily work-related.  Tell us a little about that.

CA: My parents and grandparents are from the . I grew up in in the 1970s and even back then I was aware that there was very little on the National Curriculum that reflected my heritage.  My mother, a teacher, and many other people made great efforts to campaign to have the curriculum reflect as a multi-cultural society.  I was shocked recently to learn that there were plans to drop Mary Seacole, a black nurse whose contribution to the war effort in was on a level with that of the more famous Florence Nightingale, from the curriculum.  I thought it was a great shame because she was such a significant historical figure in Victorian Britain.  I and thousands of others signed a petition campaigning for the decision to drop her to be reversed and it proved successful earlier this year.


IC: Although the first one you have given in the Canaries, this interview will not be your first time in print, albeit in a totally different context, will it?

CA: You must be referring to The Nottingham Connection, which is the story of four women - Olga, Madge, Eunice and my Mum, Lee, the author of the book - who were born in Jamaica but who later moved to Britain.  There are two Charmaines in the book and, you are right, I am one of them. But I am the ‘other one’, not the Charmaine who features very prominently.


IC: Finally, Charmaine, what has been the best and worst of the job so far?

CA: I don’t think I have come up against either yet but I do know one thing already, including from today.  I need to get more accustomed to dealing with the media!