Legal precedent
Calatrava claims case
Spain’s best-known architect could face the prospect of a legal suit over the cost of his flagship Santa Cruz projects.
Twittern 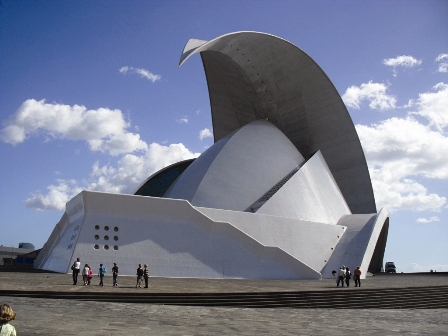 04.04.2013 - World-renowned Santiago Calatrava, who has designed many iconic buildings and bridges across the globe, is to be taken to court by the authorities in the Italian city of Venice for the cost overruns on a bridge he designed and which turned out to be several million euros more expensive than initially stated. The news has prompted one local party here to urge Santa Cruz and the Tenerife Cabildo to follow suit and take action against the architect for the bills for the city’s Recinto Ferial exhibition centre and the nearby Auditorium concert hall. According to the ANC party, the cost overruns on each (€15 million for the former and nearly 50 million for the latter) should be recovered from Calatrava, using the Venice action as legal precedent.
Twittern