Ecofuel
Something for nothing
A British firm’s claim to be able to make fuel from just air, water and electricity is slowly gaining credence.
Twittern 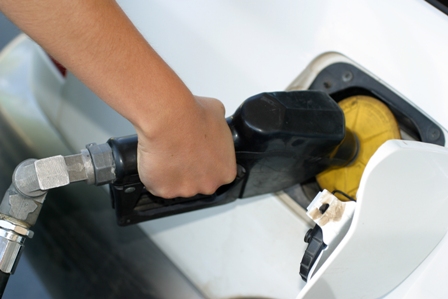 11.11.2012 - The company, called Air Fuel Synthesis, is developing a design, which is authenticated by the Institution of Mechanical Engineers (IMechE), that relies on the fact that oil is basically made from carbon and hydrogen. Carbon can be found aplenty in the air, in the form of carbon dioxide, and hydrogen is present in water. The commercial model of the AFS system uses renewable energy to capture carbon dioxide and water from CO2 point sources, such as breweries, distilleries or aerobic digestors. The water is then electrolysed to form hydrogen and make it react with the carbon dioxide - creating make liquid hydrocarbon fuels. The team of scientists come entrepreneurs is evidently looking for backers. Could this be one of the network of solutions to the apparently dire prediction by the International Energy Agency that there will be a fall in global oil production to about half today’s levels by 2030, whilst during the same time period just China's population alone is expected to increase by a further 200 million people. See: www.airfuelsynthesis.com for more information.
Twittern