Basketball
Jakim for new pastures
One of local basketball’s best-loved figures will be missing from the CB Canarias line-up as of October after deciding to try his fortune elsewhere. 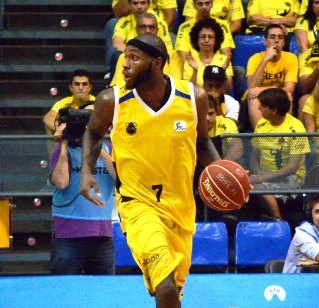 Jakim Donaldson’s contract has not been renewed by the ACB club and he announced recently that he had signed for Israeli premiership outfit Bnei Herzliya.  The centre was a crowd idol at Canarias, where he spent six seasons in two separate stints, playing a total of 226 games, a club record for a non-Spaniard.  His athletic jumping to capture impossible rebounds and net spectacular slam dunks will go down in memory at the club, which issued a warm message wishing him all the best in his new adventure.  Days after news of his departure was confirmed, Donaldson sent a letter to Canarias fans thanking them for the wonderful time he spent here, which made him “a better person and better player”.